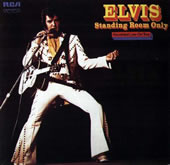 Review of the Album

For futher Informationen on each release, please click the Title of the specific release.
Special Thanks to allmusic.com